I live in the DC area, in Alexandria, Virginia with my husband and my 9-year-old daughter. I learned that I have HCM three years ago and since then I have been on a variety of medications and had two surgeries in an attempt to treat my condition and feel better.

I was diagnosed not long after my brother passed away from dilated cardiomyopathy. We don’t know the origin of his cardiomyopathy. We suspect it might have been related to HCM and presented as a “burned out” form of HCM, but we will never really know for sure. Eventually, he received approval for a transplant, he received a donor heart, but at the time of his transplant, it was just too late for him.

As my brother’s heart got worse, I started to see my own symptoms. I was experiencing my own issues with shortness of breath, fatigue upon the slightest exertion. Of course, I didn’t want my family to know that.

When I received my diagnosis, I was just a mess. I had lost my younger brother just a few months prior, I didn’t know what was causing my own heart problems, and I was afraid that my heart condition was going to follow the same path as my brother.

A genetic test for familial cardiomyopathy was suggested. I took advantage of the opportunity and it came back positive, which was terrifying and yet also a little bit of a relief because I finally knew what was wrong with me.

My next step was to have a cardiac MRI to take a look at the scar tissue on my heart. When the EP (an electrophysiologist is a cardiologist who specializes in electrical problems in the heart) told me that 10% of it was covered with scar tissue, I got pretty scared!

Now my cardiologist and my electrophysiologist  were both telling me that they wanted me to get an ICD (an internal cardioverter-defibrillator) implanted. I was scared, I became depressed, and I was approaching the first holiday period without my brother. I learned that I had a progressing heart disease that was getting worse, and now, apparently, I had two doctors who were afraid I might drop dead at any time. So, I made the appointment to get the ICD and celebrated my 46th birthday in the cardiac cath lab to get my ICD.

I had been full of anxiety leading up to the surgery, but when it was done I finally got a little bit of relief - at least I knew if something bad did happen I’d be likely to survive it.

I wasn’t ready to accept that it was never going to get better, so I did a lot of research, I found the HCMA, and I referred myself to a Center of Excellence where I found a specialist in HCM and learned that there actually were options that could help improve my condition. I started to have hope again.

Over the next 8 months, I tried medications. We tried different doses of metoprolol and after several months added verapamil, but I was still fatigued all the time. I wasn’t getting any better, the obstruction was getting worse, and I was more and more tired all the time.

After researching myectomy as a treatment, I finally decided that I was ready for open-heart surgery because I had exhausted the non-surgical options, and I was sick and tired of feeling sick and tired.

In January of 2020, I had my myectomy surgery. I spent about 5 or 6 days in the hospital after it. The first few weeks of recovery were very hard. I was in a lot of pain from the incision. I had even more pain from where the drainage tubes had been. After returning home, I also ended up back in the hospital two weeks later with a large and painful blood clot where the central line had been and spent my second birthday in a row in a hospital room.

About 5 or 6 weeks after my surgery I did really start to notice a difference and I could see they were right, my obstruction was gone and it felt good. I felt like a new person! It’s now two years after my myectomy, and my quality of life is greatly improved. My heart will never be “normal”, but it’s functioning much better than it had been now that the blood is flowing properly again, and I feel like myself again. I am sharing by story because while it is frightening and depressing to learn that you have heart disease, I want everyone to know that we all experience it differently, and we all have reason to hope for better days. 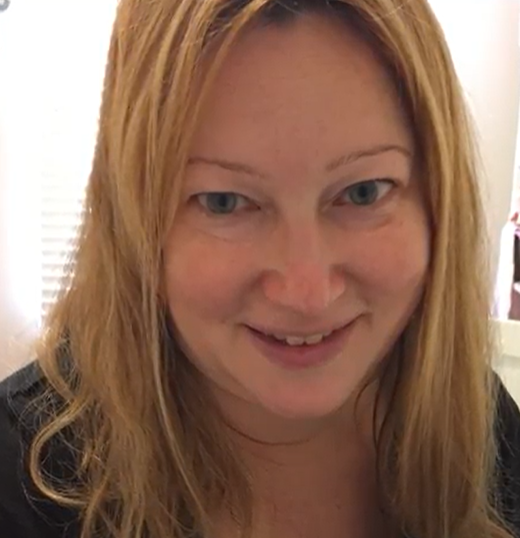