Join Lisa Salberg, Founder, and CEO of the HCMA, as she and Dr. William Roberts explore different explanted HCM Hearts that will be utilized for educational purposes after plasticization.

William C. Roberts was born in Atlanta, Georgia, on September 11, 1932. He graduated from Southern Methodist University and Emory University School of Medicine. He did his training in internal medicine at the Boston City Hospital and at The Johns Hopkins Hospital and his training in pathology at the National Institutes of Health. From July 1964 to March 1993, he was Chief of Pathology in the National Heart, Lung, and Blood Institute, National Institutes of Health, Bethesda, Maryland. He has published over 1600 articles, authored or edited 30 books, and lectured in over 2,200 cities throughout the world. He has contributed information on many cardiovascular conditions. 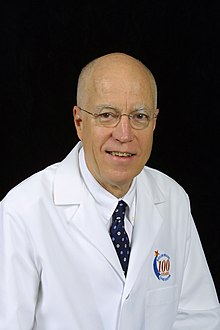