Michael was diagnosed with Obstructive Hypertrophic Cardiomyopathy (HCM) in 2019. One year before his diagnosis, Michael was seen in the emergency room due to chest pains and was told he had a heart arrhythmia. He was discharged to follow-up with a cardiologist. That doctor advised him the imaging done of his heart did not result in any findings. In 2019, Michael lost consciousness when playing basketball and received an abnormal EKG which led to further testing at the hospital. After having an echocardiogram, he was informed that he had HCM. The doctors told him that he could no longer play competitive sports. Michael had to quit doing what he had always loved… playing basketball.

With this lifestyle change, Michael began managing his condition by seeing a cardiologist and taking his medication. This was a financial hardship for Michael due to him not having health insurance. To ensure he was getting the care he needed, his mother and father covered all of his medical expenses. After several months Michael took on the costs of his own medical care, also telling his family his doctor no longer needed to see him on a regular basis.

On November 9, 2021, Michael died on the basketball court. He was only 33 years old and leaves his legacy to four young children: three sons and one daughter. After his passing, Michael’s family found out that he had stopped managing his HCM with medication and resumed playing basketball. His family believes that Michael stopped taking his medication due to the side effects and because he believed he would be okay without it.

Members of Michael's family are now going through evaluations for HCM. Michael’s family recently learned there is a history of heart issues on his paternal side of the family, but it has not been easy to trace family history.

Two months after Michael’s passing, his sister Lekeshia signed up to be a volunteer with the HCMA.  While she has not been diagnosed herself with HCM, she wanted to do something in his memory that would help educate others.

She states, "I have signed up to volunteer for the Patient Education Committee for HCMA because my brother died of Sudden Cardiac Arrest due to Obstructive Hypertrophic Cardiomyopathy in November of 2021. I thought Michael was doing fine because he never said he wasn’t feeling well or appeared to be sick. I know Michael did not fully understand the severity of his condition and neither did our family. My desire is to assist in ways to bring more awareness to HCM for those with the condition and for the families of patients living with this condition." 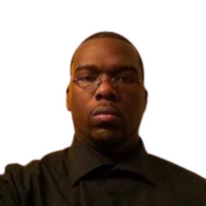 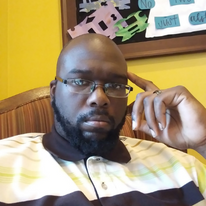