I was 12 years old, and standing in the school nurse's office waiting to get my heart listened to.  The doctor, a little old man, sat on a round stool looking bored. As the stethoscope rose to my chest – suddenly he looked interested, maybe even a little panicked, he called over the nurse to take a listen.  I had a pretty good idea of what was happening, and it was frightening but, kids were watching and I had to stay cool.

It was off to a cardiologist's office, I was told “it appears that you have what runs in your family.” This is the first time I remember hearing the words Idiopathic hypertrophic subaortic stenosis- IHSS – what we now know to be Hypertrophic obstructive cardiomyopathy - HCM.  He told me that I could die at any moment and that CPR was not likely to save me.

My next question was, "Do I really need to do my homework?” I didn't think I had much of a future and so I pretty much tuned out for a while.  Until one day, I realized that I'd survived every bad day up until then … so I wasn't going to worry about much. I learned to live with symptoms, and it began to be "normal" to get out of breath walking to class or running for the bus – I tried to keep that "CPR won't save you" thing out of my head – that wasn't possible.   Thus began my long history of hiding in plain sight- I looked pretty normal but was very different.

High school was not easy trying to hide a cardiac diagnosis and symptoms. Competitive athletics were not an option for me, and I was left out of many social circles due to my inability to be part of the team. Chest pain, dizziness, syncope, near syncope were all things that I managed to hide well. I didn't want my friends (or boyfriend) actually to know there was anything seriously wrong with me.  I just told them I had a heart murmur.

Things were quiet for a while.  1990 rolls around, I married that boyfriend…

A couple of days after our wedding, I began to experience numbness in my arm and face. We were on our honeymoon in California and not willing to admit to not feeling well, so,  I ignored it. Upon arriving home, I couldn't deny it anymore; my left side was numb in places, and I could not move very well.  Then I had a terrible headache; it was as if I had an ice pick plunging into my temple for hours.  I called a neurologist explained my symptoms, and he recommended I get immediately to the emergency room; it was June 16, 1990- Father's Day.  It would be 3 days until they confirmed that I had suffered a stroke secondary to endocarditis, a known complication of HCM.  I was left partially blind in my left eye with residual weakness on my left side, and again I have learned to adjust to more limitations.

Timewarp forward to 2016 and I am in advanced heart failure requiring me to be listed for a heart transplant.   On February 2, 2017, the call came that saved my life, thanks to my donor angel Brandy.   Learn more here: https://4hcm.org/lisa-we-have-your-heart-how-soon-can-you-be-here/ 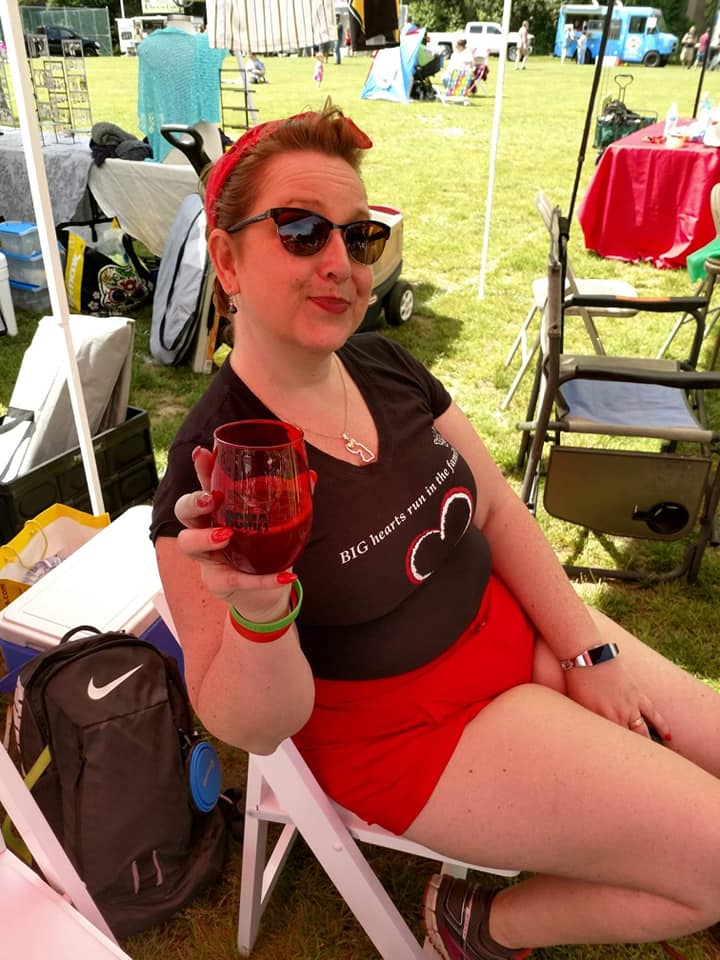