My HCM story began when I was 25, during a routine visit with a new doctor who discovered a heart murmur.   He ordered more testing, and I was diagnosed with non-obstructive Hypertrophic Cardiomyopathy (HCM). HCM didn't affect my life much back then; I was young and saw myself as Superman.  I went along with trial-and-error beta blocker medication adjustments before finding the right one. After my diagnosis, both my brothers were screened, and my oldest brother was also diagnosed with HCM.

My biggest issue then was the restrictions they placed on me for exercising, it was the 1980s and little was known about HCM.  The logic of the day was to restrict athletic participation to limit the strain on my heart. I didn't worry too much, but I became more aware of things like blood pressure and heart rate to ensure I stayed healthy.

My cardiologist at the time told me he felt that HCM would not be an issue for another 20-30 years. I was ok with that. Since I was asymptomatic (no symptoms) and made sure to go to my annual checkups, I felt like I could keep things on track. Each year was the same: they said my stress tests were good, and my EKGs were good. I had a solid baseline.

At age 52, I became symptomatic. When I used cardio machines at the gym, I started to get out of breath. My doctor referred me to an electrophysiologist who reviewed my family history and Holter monitor results. My oldest brother died seven years earlier from SCA due to HCM. The electrophysiologist told me I was also susceptible to cardiac arrest due to my heart condition and my brother's SCA death. Two weeks later, in April 2009, I had a defibrillator implanted. Having this defibrillator implanted was the beginning of my treatment journey.

At this point, I switched cardiologists to the one who'd implanted the defibrillator so he could monitor me post-op. I started going into atrial fibrillation (AF) more frequently. He gave me a couple of cardioversions to try and fix my heart rhythm, but it wasn't keeping me out of atrial fibrillation consistently. That led to my first ablation in 2012.  New medications were also being added to my daily regimen

I was stable until 2013 when I was exercising and suddenly felt light-headed and began to pass out. As my consciousness darkened, I felt my defibrillator discharge. I woke up on the floor.  My doctor confirmed that I had had an episode of ventricular tachycardia (V-Tach), and my medications were altered to address my heart arrhythmias. In 2015, I had a series of three V-Tach episodes, so I was hospitalized and placed on amiodarone (a strong antiarrhythmic medication).

During 2015 and 2016, I had several ablations for V-tach and AF, which remained persistent. By June 2016, I had a biventricular defibrillator implanted, and I was 100% paced. At this time, I knew I had to take a different direction. I discussed with my cardiologist the need to address the HCM, not just the arrhythmias. He agreed, and I was referred to Dr. Martin S. Maron from Tufts University Medical Center (he is now at Lahey Hypertrophic Cardiomyopathy (HCM) Center). A meeting with him confirmed I was heading down the transplant pathway.

I was in AF for the entire summer/fall of 2016. A Cardiopulmonary stress test (VO2 max) led me to a center for transplantation, where I was officially diagnosed with advanced heart failure. I now knew a heart transplant was definitely in my future. I was referred to another electrophysiologist who did an ablation, which ended the AF episodes.

During the fall of 2017, I was becoming increasingly short of breath. My spouse told my doctor how poor my physical health had become, which led them to do a right heart catheterization on December 12, 2017.  The right heart catheterization identified decompensated heart failure, meaning I got all the symptoms of heart failure at once and required a heart transplant. The RHC also revealed pulmonary hypertension leading the doctors to consider transplanting both the heart and lungs.

My doctor put me on medication to dilate the arteries in my lungs because I couldn't transplant the way my lung pressures were. Pulmonary hypertension would have damaged the new heart. It became a slow waiting game of monitoring my pressures and hoping they'd go down low enough to be able to transplant. This wait-and-see lasted from December 2017 until May 2018, when I was finally listed for transplant.

By the summer of 2018, I could move around more, but only as much as a person with severe heart failure can move. In August, I had a false alarm for a donor's heart. In October 2018, I became very sick and was hospitalized for the entire month. I had pneumonia and fluid around my heart. I learned I was reacting to one of my meds. I was taken off the active transplant list, but I wouldn't lose the time I'd spent on the list. I was discharged from the hospital, very disheartened. I was back to the numbers game with my pulmonary pressures. The pressure numbers in my lungs were the most significant factor in determining when I would get back on the transplant list.

From December 2018 to January 2019, I was in and out of the hospital. In January, my team and I were determined to get me back on track. My doctors told me, "you're going to go home for a month and get your affairs in order, and then you're coming back to the hospital and not leaving until you get a new heart.".

By President's day of 2019, with all my affairs in order, I was admitted to the hospital and had an aortic pump placed inside me. This pump raised me on the status list. Another setback followed another false alarm for a donor's heart: I got an infection from the pump. They gave me antibiotics for it, but the antibiotics damaged my kidneys. The pump was removed and again placed on the reserve list for transplant. I spent the next three weeks in the hospital waiting for my kidney numbers to return to the level allowing me to return to the active status list.

By the end of March, my kidney numbers had returned to normal, and I was re-listed. The aortic pump was implanted again. That night, I broke down and cried to my spouse, I knew I could die. After years of struggling and 16 months of severe sickness, I was at a turning point. Realizing I could die was the hardest thing; saying "death" out loud. Admitting I could die was very spiritual and cathartic. The next day, I felt emotionally better. I waited in the hospital for another 11 days before I got a call. It was Sunday, April 7, 2019, when I was called by the transplant team and told, "we've got a donor's heart." It was surreal.

With my family around me, at 11:00 PM that evening, I was taken to the operating room. That's the last thing I remember. When I woke up, it was Tuesday! The first thing I thought was, "I'm alive." Then I thought, "this nightmare is over." The last thing I thought was that "I'm getting another heart sober," as my donor died from an opioid overdose, and I was in recovery from substance abuse for over 30 years. My family was told the surgery was a success. By Wednesday, I was sitting up in bed with no breathing tube. Thursday came, and I got out of bed. By Sunday, I was moved to a step-down unit. After a biopsy on Wednesday, I was discharged on Friday, April 19, 2019.  I was very emotional; it was a big moment.

Going home, we had to make living adjustments. My legs were full of fluid, so I needed a lift chair to get me up and down. I couldn't use any chest muscles because I needed to prevent pressure in my chest. Recovery was slow, but I was gaining strength. The staples were removed one month later, and I was allowed to drive. I had physical and cardiac rehab therapy and started to go back to the gym. By the end of 2019, I got back with my trainer, and it's been full speed ahead since.

Now I'm 3-1/2 years out. My whole team has been thrilled at my progress, considering the long and tough road I had pre-transplant. I've been stable ever since, and health measures have only gotten better. The whole process has been an emotional one. It's difficult to talk about, especially with my spouse, who has been at my side advocating for me the whole time. For all those years, from 2009-2019, we had to live in the moment; we didn't have time to exhale. It's taken years to process, but here we are.

I can say that looking back on this process has made me a more engaged patient. I've had to follow directions and learn the ropes as I experienced it. I had to take my meds, attend doctor's appointments and follow up with questions. I had to do research. It turns out that only 3-5% of people with HCM end up going to transplant. Now that's a small subgroup, but it's still important to address. I don't 'have' HCM anymore, but I'm part of a community, and my story can help that 3-5% that also go to transplant. I hope by sharing my story, I can do my part. 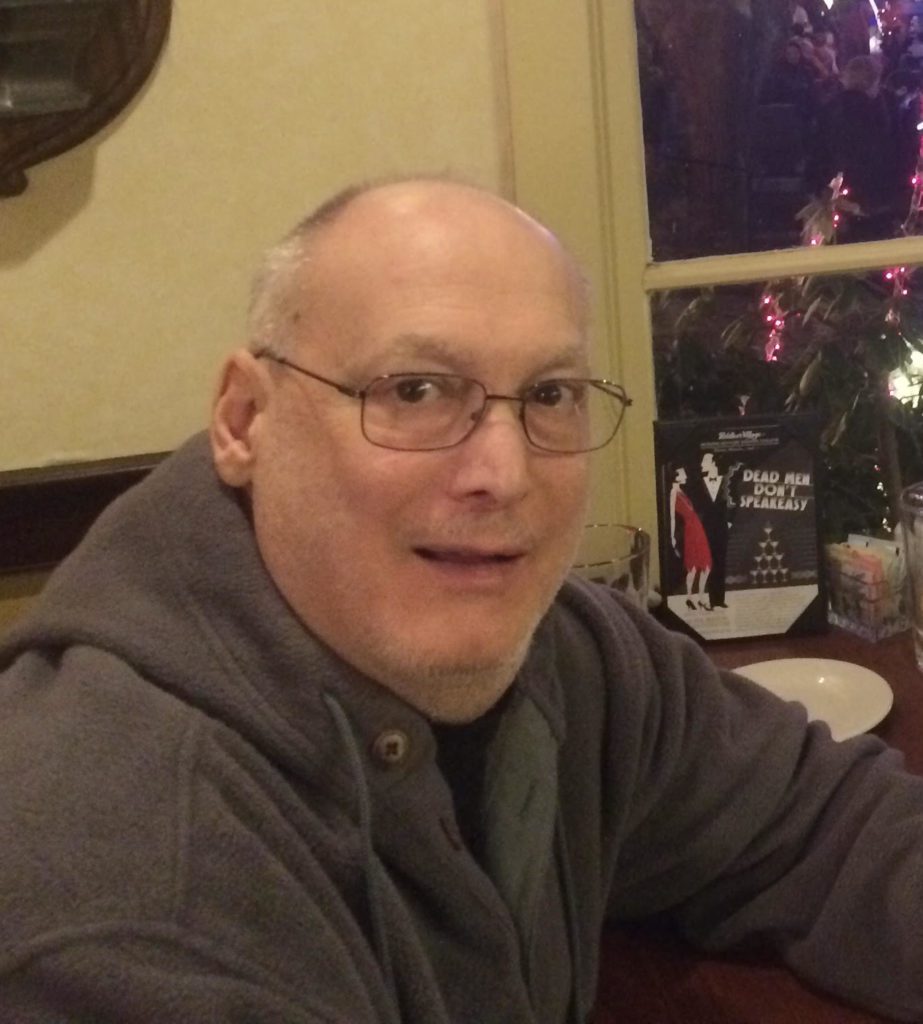 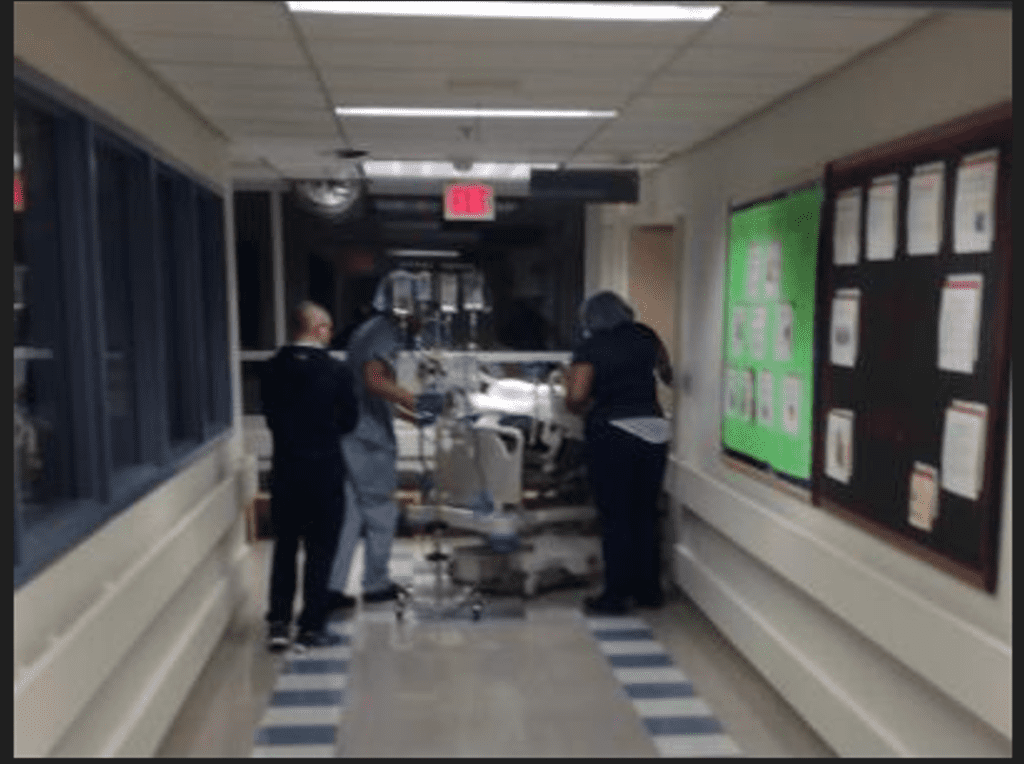 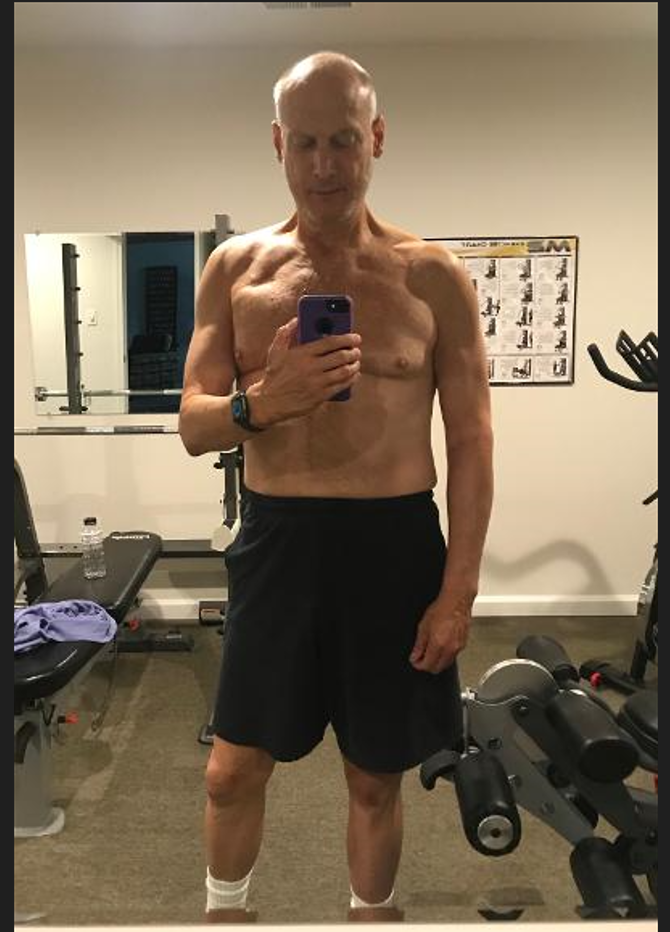