My HCM journey began on January 4, 2014 but my diagnosis of HCM took 2 more years.  I was getting ready to head to work, and I felt my heart start racing. I was still feeling ok, just annoyed at this point, so I headed to work. By the time I reached the office, my heart was still racing, and I was pretty wiped out. A coworker noticed I wasn't doing well, and I told her I needed to go to the ER.  At the ER, a doctor confirmed I was in rapid atrial fibrillation (afib).  I was cardioverted (shocked into a normal rhythm) and admitted.

This was the beginning of a 2 year odyssey to get a proper diagnosis. I was told that because I was a young woman with no prior medical history, there was no way it could be heart related.  I was told I needed to stop eating salt, and that I needed to lose weight and get out and exercise, so in other terms I was blamed for my symptoms.  I was told that my left ventricle was enlarged because I had long-term, uncontrolled high blood pressure. The doctors were blaming me, and I started blaming myself.  It took 2 years and a new doctor who finally looked at the whole picture and agreed with me that something wasn’t right.  He sent me in for additional testing, including a cardiac MRI.  Later that night, after the MRI, the doctor called me and told me that I had Hypertrophic Cardiomyopathy (HCM).  I was told that I was obstructed and would need open heart surgery to repair it. That’s a whole lot to take in over a phone call!  That same night I found the HCMA.  I started reading and learning as much as I could about HCM.  I found another cardiologist that really knew about HCM at an HCMA Recognized Center of Excellence (COE) so that I could receive proper care.  I cannot even begin to tell you the night and day difference in care between a local cardiologist and a cardiologist that treats patients with HCM in a high-volume center.  I walked out of my first appointment with tears in my eyes.  Tears of gratitude because someone finally understood!  My symptoms weren't being dismissed, my concerns were being addressed.  They heard my questions and made sure I understood the answers.  We went over various treatment plans and together put together a plan that would work for all of us. 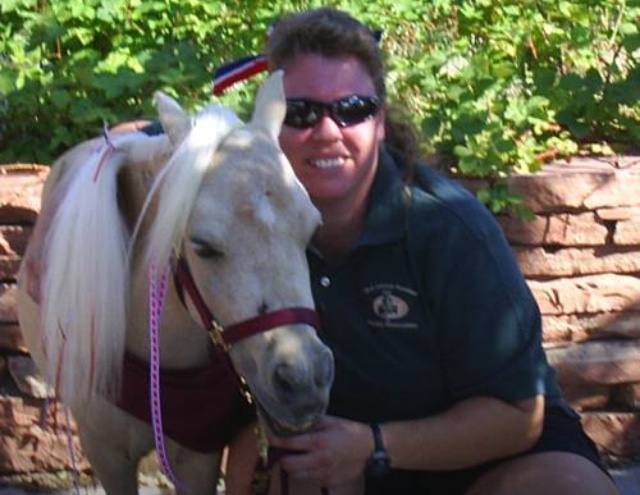 In 2017, my doctor and I decided it would be best for me to go to Cleveland Clinic, another HCMA Recognized Center of Excellence, for a myectomy (open heart surgery).  The surgery went well; the surgeon took 14 grams of heart muscle out and repaired my mitral valve.  There were a few significant complications after surgery, but all was starting to go well again until I went to a 3-month follow-up visit at my local COE.  I had been feeling a little off, but just attributed it to being tired.  Alas, it was my heart again.  After more testing, it was discovered that my mitral valve was leaking again and my aortic valve was now leaking too.  It was at this time that my HCM doctor got me in to see a heart failure specialist.  We talked a lot about transplant, and I knew for certain this was the road I was on.  For the next 2 years, my COE doctor and I worked hard to keep me stable until a transplant was finally my only option.  I was transplanted on 11/27/2020 and am doing well adjusting to life after transplant. While I no longer have an HCM heart, I am still very active with the HCMA and want to help other patients not experience a delay in diagnosis and to help them navigate life with HCM.  I volunteer with the HCMA on the Patient Education Committee to do what I can for the HCM community.