15-year-old Ben was going to school early one morning before most of the students had arrived. He ran up two flights of stairs and collapsed in the doorway of his classroom. He is very lucky that his teacher was there preparing for class! His teacher thought he was having a seizure and called the school nurse. The nurse told the teacher to call emergency services and ran to help, bringing a school resource officer. Because she thought it was a seizure, the nurse failed to grab the automatic external defibrillator (AED) from the wall in the hallway, which delayed care for Ben’s heart, but the resource officer immediately started CPR. Ten minutes later, an ambulance arrived, and the crew used an AED to start Ben’s heart. It took two shocks, but Ben was revived and taken to the hospital. His small local hospital thought Ben’s collapse could be due to drug use and did testing to look for drugs, but it was negative. When the ambulance crew arrived, the resource officer had also looked through Ben’s pockets for possible drugs. Nobody suspected a heart condition until later.

The first thing Ben remembers is seeing his mom with him in the hospital and the pain from having had CPR done on him for 10 minutes. For the next 15 hours, his short-term memory was impaired, and there was some worry that this could be permanent. Luckily, his memory has recovered, and he has only a little less focus than before his cardiac arrest.

His small local hospital transferred him to a larger hospital with a cardiac unit, where testing revealed that his heart was thicker than normal. Four days later, he had an internal cardioverter-defibrillator implanted in his chest. He was given a diagnosis of hypertrophic cardiomyopathy (HCM).

Because there is no family history of HCM, Ben and his mother were surprised that he is gene-positive for this condition. He had no symptoms before his SCA, which is a traumatic way to find out you have a heart condition. One cardiologist said that Ben was fortunate to have survived.

Playing drums and marimba in the marching band is very important to Ben, and as he hurried up some stairs to an audition, he fell. He called his mom to tell her he had slipped and that he had forgotten his medication, so she brought it to the audition for him. He spent the rest of the day at the event. The next day, Ben’s cardiologist called to say that his fall had been another sudden cardiac arrest (SCA) and that Ben’s ICD had fired, restarting his heart so quickly that he never knew he had been unconscious! The cardiologist’s office had gotten the alert when the device uploaded data that night.

At age 18, Ben is now a freshman at UVA. He chose this University in part because they could accommodate his disability so that he can participate in the marching band. UVA has a stationary “front ensemble” that doesn’t move with the rest of the band. He is majoring in Physics but might add a minor in Spanish or History as those fields also interest him.

Ben has chest pressure, shortness of breath, and fatigue, and he worries how that might affect him as he gets older. He loves being out in nature but feels that when he’s hiking with friends, he slows them down. He would like to do adventure sports like rock climbing or open-water sports like paddle boarding, surfing, or snorkeling. His doctor has advised him to avoid those as the risk of falling or drowning if he had another cardiac event while doing them is too high. He has even been advised not to ride a bicycle. He is afraid of having an ICD shock while he’s awake to feel it.

It has been two years since Ben’s last sudden cardiac arrest, and he is looking forward to a Make-A-Wish trip he was granted. The trip has been delayed due to his second SCA and then due to COVID-19. He was initially going to go to Antarctica, but the trip will now be to Hawaii. Ben is excited that he can take a friend with him on his trip in May.

Ben has been actively lobbying his state to make legislative changes on several fronts. He wants to see every child screened for possible heart conditions, CPR drills, and more AED training for teachers in local schools, and he has worked with his high school to give refresher CPR training to students. 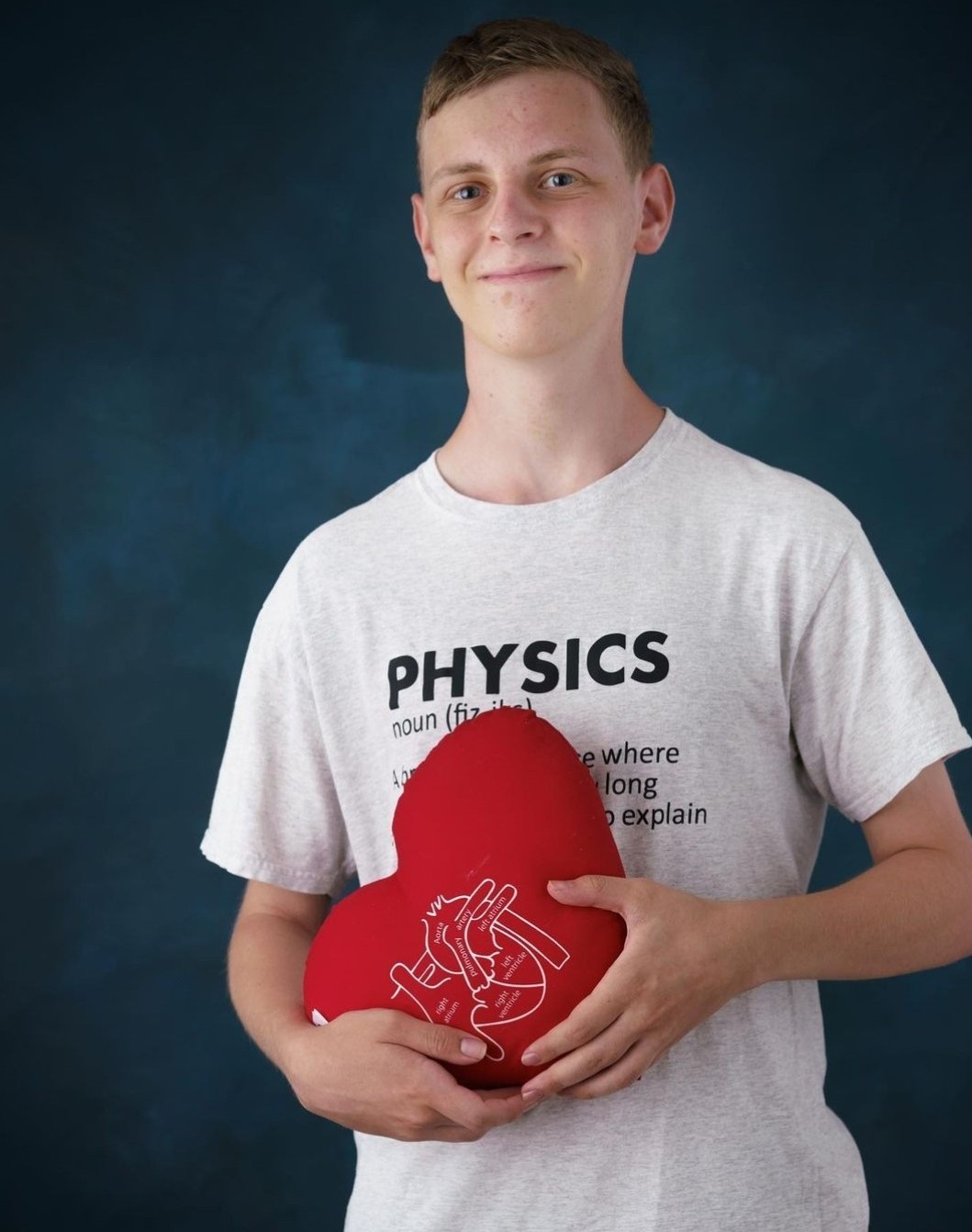