Willie’s Story, in his own words

I first discovered that I had a heart problem in the late 1980s. This was a few years after I had stopped training and competing as an Olympic-caliber track and field athlete. I didn’t have any symptoms while competing in college. However, a few years later, during a routine check-up, my doctor told me that I had “cardiomyopathy”. I was told that there was nothing that I could do about it and that I should just keep an eye on it. It wasn’t until I reached my mid 30s when the first obvious symptoms appeared. At that time, my blood pressure began to go up, and I began to experience intermittent fatigue and shortness of breath. My doctor put me on blood pressure medication to try to control it. I also used my athletic training to compensate for my heart working harder for many years. After a while, I frequently found myself having to muster the strength to face the simple yet daunting task of climbing up a single flight of stairs.

Over time, I developed a heart rhythm condition called atrial fibrillation or AFib.  My cardiologist and I tried many medications in order to control my heart rhythm.  Unfortunately, the medications alone did not work. Therefore, I had to undergo a procedure called a “cardioversion,” where the doctor gives an electric shock to your heart in order to get you back to a normal rhythm. This procedure would work for a while, but eventually my heart would go back into Afib. I needed to have this procedure performed three times over the course of several years. I was also prescribed blood thinners to reduce my risk of developing blood clots. Following this, I went through extensive testing, where I was diagnosed with hypertrophic cardiomyopathy (HCM).  Also, during this time, my brother underwent a heart transplant, due to HCM. Sadly, he passed away a few months later, due to complications.

At my brother’s funeral, I met a woman who referred me to an HCM recognized Center Of Excellence in New Jersey.  For the first time, someone clearly explained to me what HCM was and told me that eventually, I would need a heart transplant, just like my brother. The HCM doctor recommended that I receive an implantable cardioverter-defibrillator (ICD), due to my constant AFib. It was explained to me that the ICD acted as an insurance policy in case my heart went into a dangerous rhythm. I am glad that I had it done because it gave me peace of mind, knowing that if my heart went into a dangerous rhythm, the ICD would shock my heart back into a normal rhythm. This could keep me alive until I received medical help.

Knowing that I would eventually need a heart transplant, the HCM clinic put me in touch with a top-rated transplant hospital in NYC. Throughout the summer and fall of 2020, I went through a series of tests to evaluate me for placement on the transplant list. I was very reluctant to get a heart transplant because I had recently gone through the entire process with my brother, and I saw just how difficult it could be. And in the end, he experienced the worst possible outcome. However, in January of 2021, I went into the transplant hospital for a routine outpatient test, only to find out that my heart was in worse shape than it had been six months earlier. I was then admitted to hospital for a few days of inpatient treatment. Unfortunately, the treatment was unsuccessful, thus, it was determined that I needed a transplant immediately. I struggled with the reality of this because I was hoping that we could hold off the transplant for a few more years. I wanted to “kick the can down the road” for as long as possible.  I had previously read online that the life average expectancy for a heart transplant was about 10-13 years. In my mind, this gave me a predetermined “shelf-life” once I had the transplant. I also did not want to sit in the hospital for months on end, waiting for an organ to become available, as my brother did. I was also very afraid of having to go through the surgery and the recovery process. Unfortunately for me, I had no other choice but to go through with it.

Four days after being admitted into the hospital, I was placed on the transplant list.  I was extremely blessed, and I received my new heart seven days after being placed on the list. This was not a normal occurrence. The post-transplant recovery was difficult, but I was also blessed in that regard as well. I was released from the hospital eleven days after surgery and back at work in six months. Although I had to endure some tough times, including a stage where I was taking upwards of 72 pills a day, all is now good.

Discovering that HCM is hereditary has significantly impacted my family. I have since found out that some of my siblings have it as well. We are urging our kids to get screened for HCM as well. They too are Olympians and world-class athletes like me. Since intense exercise places significant demands on the heart and can lead to mild thickening of the heart, it can be harder to see HCM forming. Of course, no athlete wants to hear that they might have a heart problem which could limit what they can do! But it is better to know than not know. There is also an emotional toll of this disease on all of us as well.  I used to feel like I was walking around with a ticking time-bomb in my chest that I could not escape. Not fully understanding the disease created a lot of uncertainty and fear in my life.. This was no way to live. Luckily, today I have recovered from my heart transplant and am looking forward to living beyond HCM. 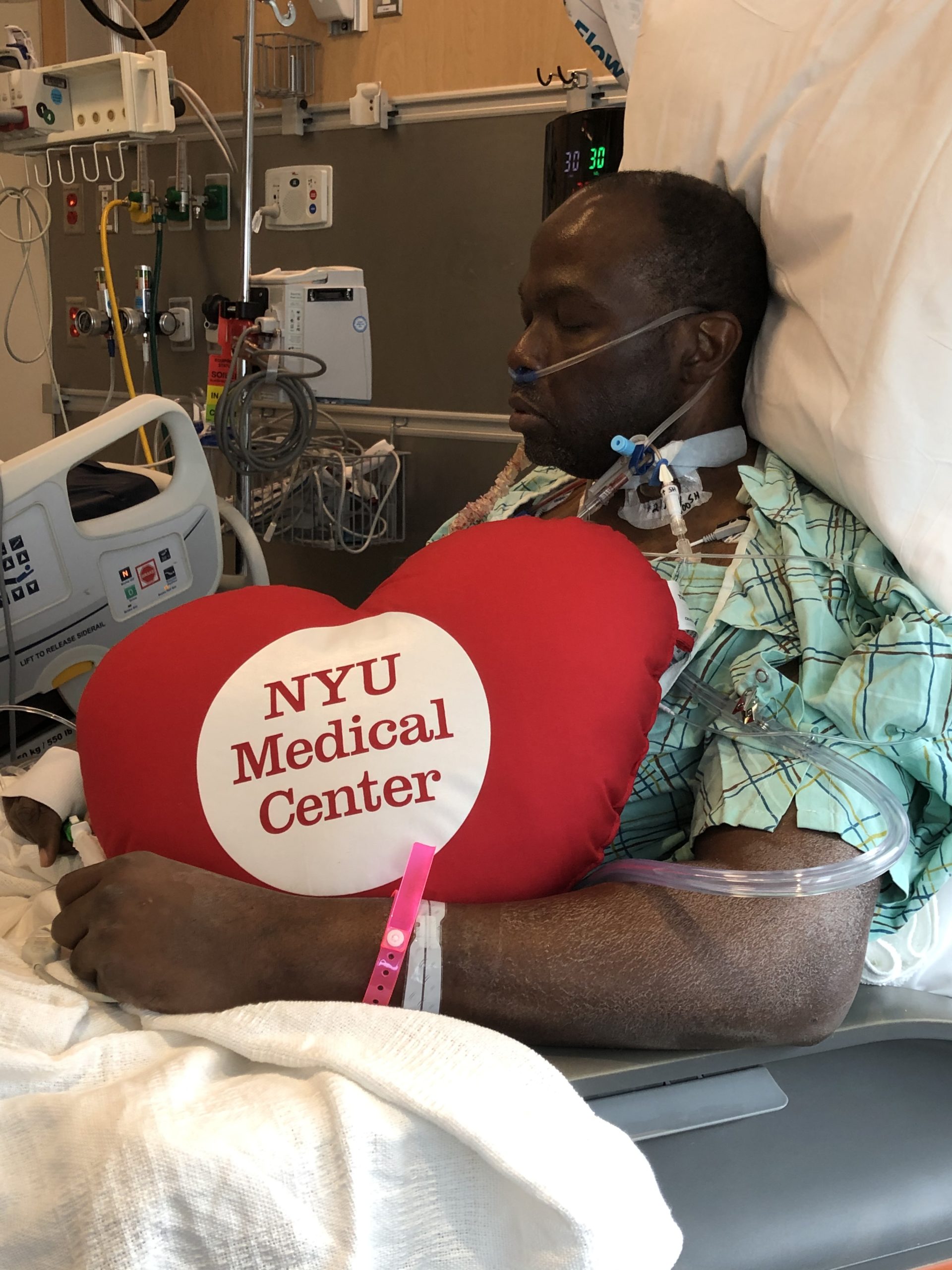