Texas - The heart of the matter 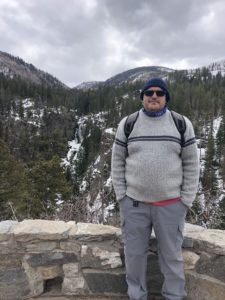 There are close to 30,500 Texas State constituents potentially affected with cardiac disorders per EACH State Senator’s District with up to 4,800 being Hypertrophic Cardiomyopathy.

The HCMA has many members from Texas. They share a deep understanding of the benefits of childhood screening and early diagnosis.

Hear from a Texas State constituent - Help save us now:

Rush Roberts was asymptomatic and only got tested because of his family history. Being only 30 years old, he despised the numerous appointments and tests that he had to attend.

A year after his last checkup, and about 3 years after his diagnosis, Rush went to the doctor's and was found to be in AFib and early stages of heart failure. After he was taken to the hospital, tests concluded that he would need a myectomy to alleviate some of the pressure in his heart. After the surgery and a couple months in cardiac rehab, Rush was back to work and felt the best he in over a decade.

One morning, he woke to his heart rate being over 200 bpm. He went to his clinic, the arrhythmia finally broke, and went home with a prescription for anti-arrhythmia drugs, a defibrillator, and a scheduled ablation.

In the span of 2 and a half years, Rush has had 4 ablations for his arrhythmia. Though one of the ablations stopped his afib, he began to deal with atrial tachycardia. He has been dealing with his symptoms with medication, controlled exercise, and stress management.

Like Rush, there are up to 6,300 constituents potentially affected with cardiac disorders per EACH Assembly Member’s District in Texas with up to 1,000 being Hypertrophic Cardiomyopathy.

To view the full report on the prevalence of cardiac disorders in the state of Texas: Click here