Illinois - The heart of the matter 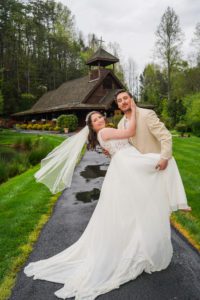 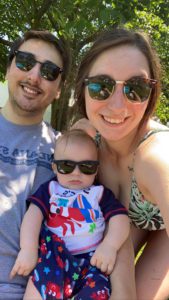 There are close to 7,000 Illinois State constituents potentially affected with cardiac disorders per EACH State Senator’s District, with over 1,000 being Hypertrophic Cardiomyopathy*.

There are up to 3,500 constituents potentially affected with cardiac disorders per EACH Assembly Member’s District in Illinois with up to 550 being Hypertrophic Cardiomyopathy.

The HCMA has many members from Illinois, like Abbigayle and Anthony's family featured on this page. They share a deep understanding of the benefits of childhood screening and early diagnosis.

Hear from an Illinois State Constituent - Help save us now:

Abbigayle and Anthony were a “Covid Couple” falling in love and starting a family in the middle of an international pandemic. Tragically, their story got cut short.

27-year old Anthony began experiencing worrisome symptoms and went to the hospital emergency room on July 4th, 2021. Despite the numerous tests that they ran, the hospital reported nothing abnormal. The doctors concluded that it was most likely viral, discharged him the next day, and told him to rest until he felt better.

In the 2 months that followed, his symptoms worsened and he was admitted to a hospital where he lost 35lbs in excess fluid during his week-long stay. The hospital informed the couple that Anthony had hypertrophic cardiomyopathy (HCM) and was in congestive heart failure (CHF), but were never told the urgency of the situation.

Anthony visited the ER once again a month later. Despite his symptoms and weight gain, the hospital discharged him. After a second opinion consultation at an ER where abnormalities in his liver were detected, Anthony was admitted. He was released a few days later, but his his heart failure kept worsening.

2 weeks afterward, Anthony was re-admitted to the hospital and was told he would not survive without a transplant. On December 1st, he was airlifted to a University Medical Center, over 150 miles from their home. The next day, Abbigayle received a phone call from the doctor telling her that Anthony needed a triple transplant…heart, liver, and kidney. As Abbigayle was driving to the hospital, she received another call from the doctor telling her that Anthony’s heart was stopping. When she finally arrived at the hospital, Abbigayle made her way to Anthony’s room. In the short time it took to make the trip from the parking lot to his room, Anthony passed away.

Anthony died on December 2, 2021, three months after his diagnosis of HCM, five months after seeking medical attention for the onset of his symptoms, and less than two months before his son’s first birthday.

To view the full report on the prevalence of cardiac disorders in the state of Illinois: Click here