My name is Cole and I am 25 years old from rural Pennsylvania. I grew up with a single mother as my father passed away before I was born due to complications from a kidney transplant after a heart transplant. My mother was my rock growing up and she still is. So when I was diagnosed at age 12, it was her support that made it easier.

It (HCM) was discovered during a simple, routine, yearly health visit. My pediatrician heard a heart murmur, so I was sent to get that checked out.

When I was diagnosed, I did not believe or understand what was happening. When you’re a kid, you feel invincible. I had been involved in Boy Scouts since I was 6, so being able to continue that was one of my biggest concerns. Luckily, I was able to continue and was able to make it all the way up through Eagle Scout.

When I was 15, three years after diagnosis, I was advised to get an implantable cardioverter-defibrillator (ICD). Again, kids feel invincible, and even knowing what I knew, which when you are 15 you think you know everything, I did not want one. It was only after talking to people who cared about me and also with someone who was my age who had one, that I decided it was a good idea to get one.

Six months later, I received an appropriate shock that saved my life.

Looking at me back then and even today, you would not be able to tell that I have a heart condition. My life has been impacted by HCM in multiple ways. I have been taking medications twice a day for nearly 15 years. It has narrowed the career choices that I could have made.

My experiences with the condition led me to get a degree in Social Work. I’ve been able to take my unique perspective on life to my work. I know what it is like to have someone look at you and say, “There’s nothing wrong with you. Stop faking.” I wish I were faking, and I want others to be believed as I should have been.

I applied the knowledge and skills I’ve obtained in life and formal education to getting a career with the Boy Scouts of America as a district executive, which is a member of their field staff. It helps me help others without endangering myself or others as a result of my physical limitations.

Another aspect of life this condition affected was my relationship with others. When diagnosed, I had a few concerns: Can I continue scouts? What will my friends think? Will I lose them? Who wants to hang out with someone who is broken?

While I have far fewer symptoms than others, I want to tell you about some of the worst days. It’s frustrating to have to say “I’ll catch up” or “Hey, I’ll wait here.” The most frustrating part is that every day is different. Some examples that happen frequently are having to catch my breath after one flight of stairs that I could run up the day before, or some day I can hike five miles around a local lake one day and be exhausted from simply walking 500 feet to the mailbox the next. 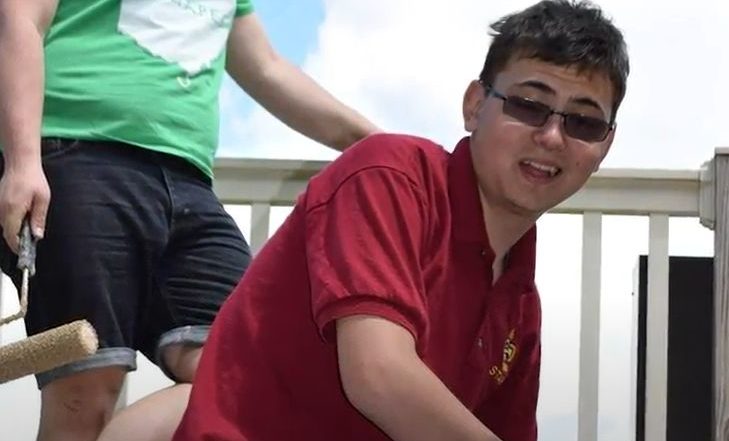